After two weeks of rest, I finally did some climbing! Not at the gym, but at my favorite climbing crag Shelf Road! But first we (Lindsey, Adam, Pascal and I) drove to Salida for the FIBArk festival. Salida is a fun, little town with a great atmosphere. When we arrived, the party was going on while a band was playing some nice music.We went to a bar to get some dinner and noticed they had a game called “shuffleboard”. So we started playing and it was so much fun that we got competitive and had to play three rounds to determinate the winners. When we got outside, the music was over and we searched for a camping spot. It was a wonderful night. No moon but millions of stars! We watched the falling stars for a while before we crawled into our sleeping bags. 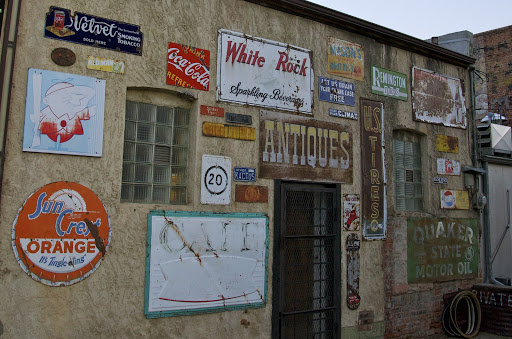 After a nice breakfast we watched the freestyle kayak finals. But even nicer to see were the dogs playing in the river to cool down. It was a super warm day and we were curious what it would be like at Shelf. We arrived about 2pm and could see at the parking lot that we were the only crazy ones to climb in this heat. We went to The Piggy Bank wall which soon offered us some shade. It was the first time for Adam and Lindsey at Shelf Road and they loved it as much as I do. The style of climbing is so much fun. We climbed until 7.30pm and drove the touristic way back to Manitou Springs… I’m not a big fan of that because  of the abyss next to the road. Super scary! 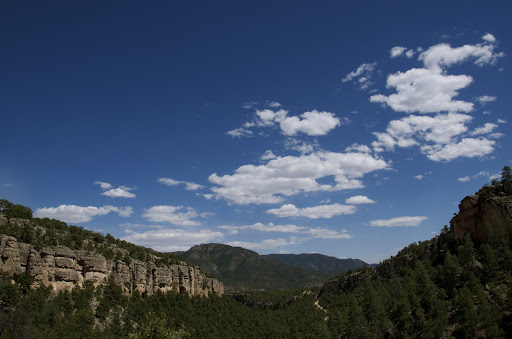 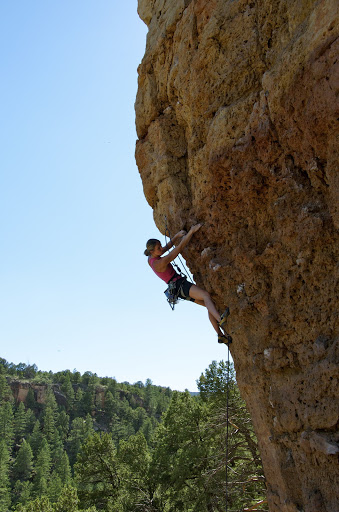 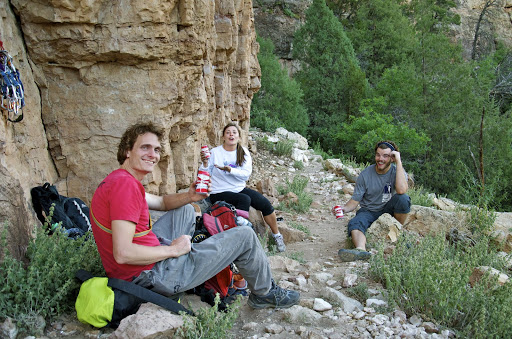 I only did four easy routes that day, and despite the fact my finger still hurt it felt like I was in heaven. Stupid finger. Yesterday I went to the gym. I just had to! Did all of the new easy bouldering problems and tried some harder ones. Nice to feel tired again from climbing. A couple of friends were having a small party in the gym, so after 10pm we joined them. I got involved in the best computer game ever, Rock Band on the Wii. The goal is to play together with your band mates as good as possible. I tried everything, so I played the drum, guitar, bass and even sung some songs! In the end everybody was gone, except our great band that consisted of Tim, Holden Pascal and I. We didn’t even notice that it was getting later and later… When we left the gym, it was 1.30am! Oops!